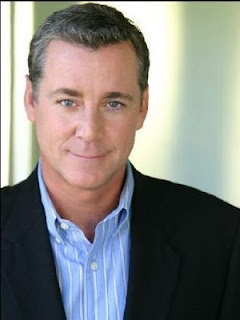 Robert Curtis Brown (born April 1957) is an American television, film and stage actor. He has appeared in such TV shows as Criminal Minds, CSI: Crime Scene Investigation, CSI: Miami, NYPD Blue, The X-Files, Star Trek: Voyager, The West Wing, Family Law, Murder, She Wrote, Star Trek: Deep Space Nine, Wings, Matlock, Herman's Head and Search for Tomorrow and films such as Guess Who, After the Sunset, Catch Me if You Can, Bean: The Movie, Zenon: The Zequel, Legal Eagles, and Trading Places. He is in High School Musical 2 and HSM3 as Mr. Evans, Sharpay and Ryan's dad.
Currently, Robert can be seen in a televised commercial for the prescription medicine Nexium. His most recent films in 2009 include Men Who Stare at Goats and It's Complicated.
Robert is a 1975 graduate of Pennsbury High School where he was classmates with fellow thespian Richard Kind. In addition, Robert is a 1979 graduate of Yale University.
Diposting oleh hsmwildcats di 01.55