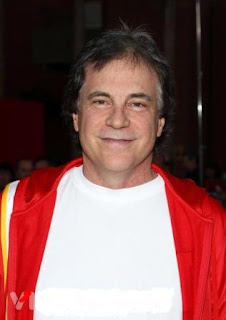 About
Peter Barsocchini (born 1952 in San Francisco) is an American screenwriter, author, and television producer known best for his scripts for the High School Musical series.

Early career
Barsocchini began his professional writing career while attending high school in the San Francisco. Bay Area, writing more than 300 columns about popular music for the San Mateo Times. He also worked as a freelance reporter for the Associated Press and the San Francisco Examiner and contributed reviews to the Associated Press and Rolling Stone. As a young journalist (he told the editors he was age 18, though he was only 16), he spent weekends backstage at the legendary Fillmore West, covering artists such as Janis Joplin, Jimi Hendrix, Eric Clapton, The Grateful Dead, the Kinks, and Elton John. Upon graduating from the University of California, Santa Cruz, with a degree in creative writing, Barsocchini was hired by the Merv Griffin Company as an interviewer for the Merv Griffin Show. In 1979, Barsocchini was named producer, a position he held for seven years. He won an Emmy Award twice as producer, the youngest talk-show producer ever to receive the award. He also was the ghostwriter for Griffin's autobiography which became a national bestseller, and was followed by a collection of interviews, "From Where I Sit," published in 1981. His first novel "Ghost" was published to laudatory reviews in the late 1980s with the screen rights being purchased by Paramount Pictures, beginning the transition to the film business. His action/thriller screenplay "Drop Zone" was produced by Paramountt and starred Wesley Snipes. He also wrote the novel adaptation of Mission Impossiblee a book that was a bestseller in thirteen countries.

High School Musical
In 2004, Barsocchini wrote the first draft of a script for the Disney Channel Original Movie, "High School Musical" for his preteen daughter Gabriella and many of her friends for whom he also named characters. He recalled knowing the film could be a success when the first draft was a given a green light from Disney. The television film became a phenomenon that spawned billions in revenue and two sequels. The series has made Barsocchini a multi-millionaire. The first sequel, High School Musical 2, shattered expectations and records becoming the highest rated cable broadcast in history with well over seventeen million viewers. High School Musical 3: Senior Year was released in theaters worldwide and had the biggest opening weekend gross for any movie musical in history. The author has already been approached to write yet another installment of the series revolving around characters established in the third film. However, there is no official word to whether the film will happen.