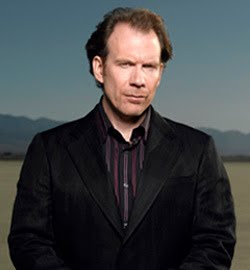 Matthew Gerrard is a Canadian record producer and songwriter. He has written hit singles by artists such as Nick Carter ("Help Me"), Kelly Clarkson ("Breakaway"), Hilary Duff ("I Can't Wait", "Why Not"), Eden's Crush ("Get Over Yourself") and Jesse McCartney ("She's No You"). He contributed songs to the soundtracks of the Disney Channel films High School Musical, The Cheetah Girls 2 (both 2006) and Jump In! (2007), and to the Hannah Montana television soundtrack. He also wrote the original music for the Nickelodeon movie Spectacular!.
Matthew grew up in Don Mills, a comfortable suburb of Toronto's north-east end and as a side note, Canada's first planned community. He attended George S. Henry Secondary School where he played trombone in band, later playing bass in the school's jazz band. After high school Gerrard was a member of a band called Regatta, which released one self-titled album. He also played bass and toured with Kim Mitchell (former Max Webster lead man).
Writing Discography
-Bratz "Change the World"
-Christy Carlson Romano "Dive In"
-Corbin Bleu "Push It to the Limit", "Celebrate You", "We Come To Party", "Never Met A Girl -Like You", "If She Says Yeah"
-The Cheetah Girls "Five More Days 'til Christmas", "The Perfect Christmas", "Cheetah-licious -Christmas", "Christmas In California", "No Ordinary Christmas", "The Simple Things", "The Party's Just Begun", "Step Up", "Human", "One World", "Dance Me If You Can"
-Delta Goodrem "Lost Without You", "Be Strong"
-Elva Hsiao "Diamond Candy", "Diamond Candy"
-Everlife "Faded"
-Nick Carter "Help Me"
-Nina "Where Is Love"
-Hannah Montana "Best of Both Worlds", "Nobody's Perfect", and other various
-High School Musical "We're All in This Together," "What Time Is It?", "Now or Never", "I Want It All", "A Night to Remember", "The Boys Are Back" , "High School Musical"
-Kelly Clarkson "Breakaway"
-Jessica Simpson "Underneath"
-Raven-Symoné Producer; "This Is My Time", "Typical, Bump, Mystify"
-Kate Alexa "Not Another Love Song"
-Hawk Nelson "Just Like Me", "Meaning Of Life"
-David Archuleta "A Little Too Not Over You", "Zero Gravity"
Diposting oleh hsmwildcats di 02.17