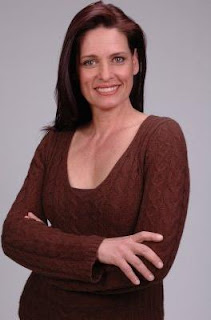 Leslie Wing Pomeroy, also known as Leslie Wing, is an American actress who is most famous for the short role of Lucille Bolton, mother to Troy Bolton (Zac Efron) in the High School Musical trilogy.
She was one of the final three actresses - Wing, Jennifer Beals and Demi Moore, considered for the lead role of Alex Owens in Flashdance
Diposting oleh hsmwildcats di 01.25