(3) The Rest Of The Gang : Olesya Rulin as Kelsi Nielsen 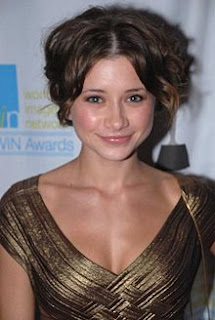 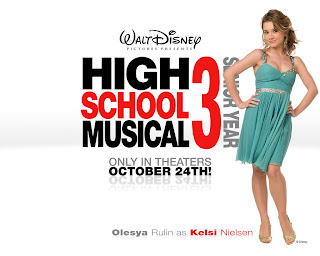 Kelsi Nielsen
well, you must be know about, Troy, Gabriela, Sharpay and Ryan. but wanna bout the rest of the gang? are you know them? well, now im gonna tell you about them!
Kelsi Nielsen is a songwriter and composer and student at East High. She is very introverted and is very intimidated by Sharpay Evans, the president of the school's drama department. In High School Musical, Ms. Darbus, the director of the school's winter musical, allows Kelsi to compose the music. During the auditions, Sharpay and her brother, Ryan, perform one of Kelsi's original songs, "What I've Been Looking For", but with an upbeat arrangement. When Kelsi tells Sharpay that she imagined the song to be much slower, Sharpay belittles her and Kelsi retreats. After auditions, Kelsi is approached by Troy and Gabriella, who tell her she does not have to be intimidated by Sharpay. She offers to show them how the song they sang is supposed to sound. Troy and Gabriella sing the duet ballad and Ms. Darbus, who had re-entered the auditorium, gives them a callback. Kelsi works with Troy and Gabriella to ensure that they beat out Sharpay and Ryan for the lead roles. The second film shows Kelsi, Troy, Gabriella, and their friends working at the Lava Springs country club, which is owned by Sharpay's family. Kelsi's job is playing the piano in the dining room. She is also the rehearsal pianist for Sharpay. In the third film, Kelsi goes to prom with Ryan and formed a relationship with him. The two also receive scholarships for the Juilliard School, where Kelsi will study music.
Olesya Rulin
Born
March 17, 1986 (1986-03-17) (age 23)Moscow, Russian SFSR, Soviet Union
Occupation
Actress
Years active
2001–present
Olesya Rulin (Russian: Oлeся Pулин; born March 17, 1986) is a Russian-American actress and singer who is perhaps best known for co-starring in the first three films of the High School Musical franchise as Kelsi Nielsen. She also stars alongside Jessica Simpson in Major Movie Star, and is set to star with Billy Ray Cyrus in the new drama Flying By.
Olesya Rulin was born in Moscow, Russian SFSR, Soviet Union. She spent her early childhood in the poor, 12-house village Likhoslavl located three hours north of Moscow. She was eight when she migrated to the United States to rejoin her father who had done so two years earlier. They lived first in Texas then later in Utah. She can read, write and speak in fluent Russian. She is also a trained ballet dancer. When she was 12, she entered a model search contest at the urging of her mother and won representation by four different agencies. Prior to acting full-time, she worked for a year as a certified nursing assistant and also at stores such as Victoria's secret she was working at a Nordstrom's when the first High School Musical came out. She was studying economics in Paris when the casting for High School Musical 2 was being done. Rulin graduated from West Jordan High in 2005.
Acting Career
In addition to her role in High School Musical and High School Musical 2, and High School Musical 3, her other credits include the Disney Channel Original Movies Halloweentown High, The Poof Point and Hounded, the television series Everwood and the feature films Forever Strong, Mobsters and Mormons and The Dance. Rulin's part in High School Musical 2 was significantly larger than the first movie, including a solo in "You Are The Music In Me" and a few lines in "Work This Out". Rulin reprised her role as Kelsi Nielsen in High School Musical 3: Senior Year, also with a larger part, and performed in three songs, one of them being a duet alongside Lucas Grabeel. Rulin is also set to star alongside Jessica Simpson in Major Movie Star (released in the United States under the title Private Valentine: Blonde & Dangerous). Rulin will also be starring with Hannah Montana co-star Billy Ray Cyrus in a drama, which though completed has yet to be released. She will play the supportive daughter of a businessman (Cyrus) alongside Oscar winner Patricia Neal, Robert Gossett (TNT's The Closer), Eric Allan Kramer (American Wedding) and Ted Hutton in a family-friendly indie feature.
Diposting oleh hsmwildcats di 00.16